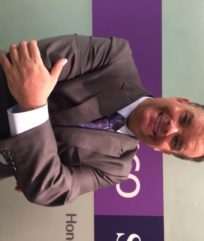 With a background in Journalism and International Relations, Mario Ignacio Artaza served as a Chilean career diplomat for more than 20 years, specializing in trade negotiations and commerce with Chilean partners in the Asia Pacific region. Was a member or served as coordinator of Chile’s Free Trade Agreement teams during the negotiation processes with Canada; the People´s Republic of China; Hong Kong, China; India; Malaysia; Vietnam as well as during the first set of rounds of the Trans Pacific Partnership agreement. Served as Director (Program) at the APEC Secretariat and was a member of the core team responsible of the substantive agenda for the Chile APEC Year 2004; Director of ProChile Office at the Embassy of Chile in the People’s Republic of China; Head of the Asia and Oceania Department at the General Directorate of International Economic Relations and Consul General of Chile in the Special Administrative Regions of Hong Kong and Macau, amongst other diplomatic responsibilities.

Mario Ignacio Artaza is the President of the Chile Hong Kong Chamber of Commerce; Vice President of the Americas Committee of the Hong Kong General Chamber of Commerce and serves on the Executive Board of the Hong Kong Foreign Financial Institutions Association. Amongst recently published books he has contributed to include “Latin America in China” (LID Editorial) , “Chilean Foreign Policy 1990-2009” (RIL Editors) and “Latin America 2030” (The Millennium Project).