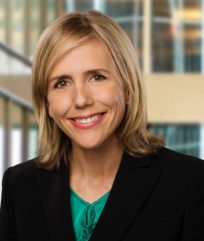 Senior Policy Director in the International Department, Bank of Canada

Lori Rennison is Senior Policy Director in the International Department at the Bank of Canada. She is part of the senior leadership team overseeing the Bank’s analysis of global economic developments relevant for Canada. She also leads the activities that support the Bank’s participation in international policy forums and is Chair of the G7 Central Bank Working Group on Digitalization. She conducts and oversees policy analysis and research on a range of economic issues of importance to monetary policy.

Ms. Rennison joined the Bank in 2007. She has served as Director of the Regional Analysis Division, leading staff in carrying out and publishing the Business Outlook Survey. She has led the global and domestic contributions to the Bank’s Monetary Policy Report and has overseen the domestic monitoring and projection teams. Ms. Rennison worked previously at Finance Canada, including as Chief, U.S. Economic Analysis and Forecasting. She began her career at Industry Canada.