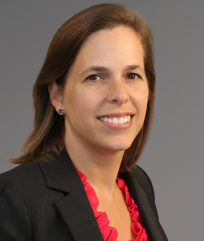 Leslie McGranahan is a vice president and director of regional research in the economic research department at the Federal Reserve Bank of Chicago. Her primary research interests relate to the effects of federal, state, and local government policy on individuals and households. She has written about numerous government programs including the Earned Income Tax Credit, the Child Tax Credit, the Supplemental Nutritional Assistance Program, and the sales tax. She also closely follows regional and national developments in government spending and revenues.

McGranahan’s research has been published in journals including the National Tax Journal and the Journal of Political Economy. Her work has also been featured in the Chicago Fed Letter and Economic Perspectives, the Federal Reserve Bank of Chicago’s publications.

McGranahan returned to the Federal Reserve Bank of Chicago in 2004 after working as a lecturer at the University of Warwick, and as research economist at the Institute for Fiscal Studies in London, England. She received a bachelor’s degree in politics from Princeton University and master’s and doctorate degrees in economics from Northwestern University.