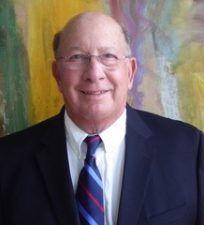 Mr. Landau graduated from West Virginia University in 1963 with a BS degree in Mechanical Engineering.  He worked for General Electric Aircraft Engines in Cincinnati Ohio for 39 years.  Following retirement in 2002 he consulted for GE for 11 years.  In 1970 he was awarded the Young Engineer of the Year award.  He held positions of increasing responsibility as an Individual Contributor, Operations Manager, and Project Manager.  For 20 years he held various managerial positions as part of an international joint venture with a French company, SNECMA, developing and producing the CFM56 Engine, which powers Boeing 737 Aircraft, and most Airbus Industry A320 Type Aircraft. The CFM56 is has become the most successful commercial aircraft engine of all time. At one time or another Mr. Landau worked on the engines that power almost every commercial aircraft flying today.  During his career he became an expert in product cost and cost attainment, and led numerous initiatives to assure that products met cost objectives.  Over the years he developed skills as a data analyst, deriving actionable information from data,

Since moving to Longboat Key in 2002, Mr. Landau applied his analytical skills to local issues; Town Budget, Beach Nourishment, Water and Sewer Systems, Traffic, Electric Undergrounding, Population Cycle, and the local impact of climate change/sea rise.   Since Red Tide is a major issue on the West Coast of Florida, and no one could tell Mr. Landau if it was impacted by climate change, he decided to find out for himself.  His passion for clarity has led to uncovering the pieces to the red tide puzzle that resulted in a more integrated/comprehensive understanding of Red Tide.