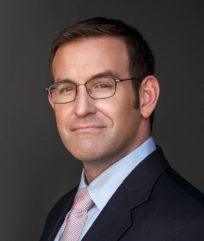 Leland is the co-founder and CEO of China Beige Book, the world’s leading data analytics and economic-forecasting firm focused on China, as well as operator of the largest proprietary data-collection network ever developed to track a closed economy.

A noted authority on China’s economy and financial system, Leland is a frequent commentator on media outlets such as CNBC, Bloomberg TV & Radio, CNN, BBC, and FOX Business, and he has served as guest host of two of the financial world’s top morning news shows, CNBC Squawk Box and Bloomberg Surveillance. His work is featured regularly in the Wall Street Journal, New York Times, Financial Times, TIME, New Yorker, The Atlantic, Foreign Policy, The Hill, Washington Post and others.

Before co-founding China Beige Book in 2010, Leland was a capital markets attorney based out of New York and Hong Kong and worked on the deal team at a major investment bank. He holds a law degree from the University of Virginia School of Law, where he was Hardy C. Dillard fellow and editor-in-chief of the International Law Journal; a master’s degree in Chinese History from Oxford University; a BA in European History from Washington & Lee University; and a graduate Chinese language fellowship from Tunghai University (Taiwan). He returned to W&L as the Williams School’s Executive-in-Residence in 2015.

Leland is an elected member of the National Committee on U.S.-China Relations and Economic Club of New York, an elected life member of the Council on Foreign Relations, a board member of the Global Interdependence Center, and a non-resident Senior Fellow at the Brent Scowcroft Center on International Security at the Atlantic Council.