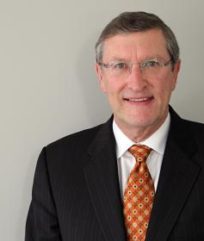 Kent Conrad is a BPC senior fellow and co-chair of its Commission on Retirement Security and Personal Savings, which released its comprehensive recommendations in 2016. As a former senator from North Dakota, he was chairman of the Senate Budget Committee.

Conrad has earned bipartisan respect as an expert on the nation’s fiscal issues. Selected by TIME as one of “America’s 10 Best Senators” and rated by The American as one of the ten most economically knowledgeable members of Congress, he has played a vital role in shaping our nation’s fiscal policies during the last three decades. He was the father of the National Commission on Fiscal Responsibility and Reform (Simpson-Bowles) and a key author of the Affordable Care Act. He is currently a part of the Campaign to Fix the Debt. A self-described deficit hawk, Conrad also served on the Gang of Six, a bipartisan group of senators that proposed solutions to the U.S. debt challenge.

Conrad began his career as an assistant to the North Dakota state tax commissioner, Byron Dorgan, who later became his colleague in the Senate. Conrad succeeded Dorgan as tax commissioner, a position he held until he successfully ran for the Senate in 1986.