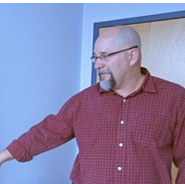 As the security operations manager for the Americas region, Ken Walton is responsible for the day-to-day management of security operations across the region. Ken has numerous deployments with International SOS including Haiti, Honduras and Chile. He has managed myriad discrete evacuations throughout the Western Hemisphere which required extensive deployments to austere environments.

Ken joined International SOS in September of 2006 after serving in the U.S. Army Special Forces for 23 years, where he participated in foreign internal defense/unconventional warfare, humanitarian and civil affairs operations. He has participated in counter narcotics operations in Peru, Bolivia and Colombia, where he trained and acted as a trusted adviser to the counter-narcotics units of those countries. He has responded to numerous humanitarian crises around the globe, and has also designed and delivered emergency management training courses to foreign governments.

Fluent in Spanish and functional in Serbian, he also has a working knowledge of French and German. He is a graduate of the special forces operations and intelligence course, the civil affairs officers’ advance course and the special forces instructor training course.