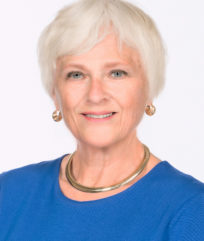 Karen A. Holbrook, Ph.D., is the Regional Chancellor at USF Sarasota-Manatee, following a year as the Interim President for Embry-Riddle Aeronautical University. Before assuming the position at Embry-Riddle she worked as a higher education consultant and the Senior Advisor to the President at the University of South Florida, where she was, until recently, the Senior Vice President for Research and Innovation then Senior Vice President for Global Affairs and International Research.  Dr. Holbrook served as the President of The Ohio State University from 2002-2007 and was previously the senior vice president for academic affairs and provost at the University of Georgia; vice president for research and dean of the Graduate School at the University of Florida; and associate dean for research and professor of biological structure and medicine at the University of Washington School of Medicine.  She has served on the boards of the American Association for the Advancement of Science (AAAS), ACT, Inc, the Association of American Medical Colleges (AAMC), the American Council of Education (ACE), the National Association of State Universities and Land-Grant Colleges (now APLU), the Association of American Universities (AAU), the Council of Graduate Schools (CGS), and Accreditation Council for Graduate Medical Education (ACGME), Washington Advisory Group (WAG), among others.  Dr. Holbrook has also participated on advisory panels and councils for the National Institutes of Health (NIAMS) and was a member of the Advisory Committee to the immediate past Director of the NIH (Elias Zerhouni).  She currently serves on the boards of the Institute of International Education (IIE), CRDF Global, Bio-Techne, Academic Assembly, Inc., INTO USF, and is the immediate past board chair for Oak Ridge Associated Universities (ORAU) and until recently, served on the Board of Trustees for Embry Riddle Aeronautical University and King Abdullah University of Science and Technology (KAUST). She is a Distinguished Fellow of the Global Federation of Councils of Competitiveness (GFCC). Earlier in her career, Dr. Holbrook was a biomedical researcher and NIH MERIT Award investigator.  She earned bachelor’s and master’s degrees in zoology at the University of Wisconsin in Madison and a doctorate in biological structure at the University of Washington School of Medicine, where she served as a postdoctoral fellow in dermatology, faculty member and research administrator. She is married to Jim Holbrook, a physical oceanographer who spent his career with NOAA at Pacific Marine Environmental Lab in Seattle, Washington and in Washington, D.C. They have one married son, James who is the Senior Art Director and Producer for ABC World News in New York City.