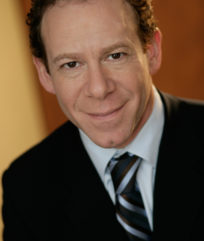 Josh Rosner is co-author of the New York Times Bestseller “Reckless Endangerment: How Outsized Ambition, Greed, and Corruption Led to Economic Armageddon,” and managing director at independent research consultancy Graham Fisher & Co. He advises regulators, policy-makers and institutional investors on banking and financial markets. Previously he was the managing director of financial services research for Medley Global Advisors and was an executive vice president at CIBC World Markets. Mr. Rosner was among the first analysts to identify operational and accounting problems at the government-sponsored enterprises, one of the earliest in identifying the peak in housing markets, the likelihood of contagion in credit markets, weaknesses in the credit rating agencies CDO assumptions and the structural vulnerabilities in European and Argentine economies.

He has been interviewed on PBS, Bloomberg, CNN, CNBC, NBC, CBS and Fox News and is frequently quoted by major national and international press.