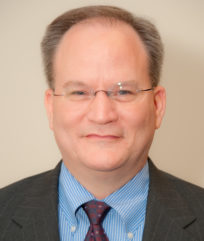 Joseph Engelhard is a senior vice president at Capital Alpha Partners, a 20-year veteran of public policy issues and has held a wide variety of senior-level positions in the U.S. government. As deputy assistant secretary for trade & investment policy at the U.S. Treasury Department, Joe led the free trade agreement negotiations in the banking and securities sectors and also chaired the inter-agency CFIUS meetings that performed a national security review of any purchase of a U.S. company by foreign governments or corporations. As general counsel of the Joint Economic Committee and as senior counsel at the Domestic and International Monetary Policy Subcommittee of the House Financial Services Committee, he worked on a number of financial reform bills including passage of the Gramm Leach Bliley Act. He also led a number of international financial sector reform initiatives while a senior executive at the Inter-American Development Bank, where he also was a member of the bank’s executive committee. Prior to joining Capital Alpha, Joe represented a trade association for the property and casualty industry where he covered federal and international insurance regulation, rating agency reform and solvency issues.