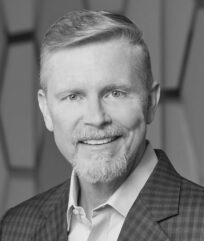 Jonathan Johnson is the CEO of Overstock, a leading online home furnishings retailer. Since assuming this role in 2019, Jonathan has positioned Overstock as more than just an e-commerce website – streamlining its widespread merchandising interests into a concentrated, focused strategy dedicated to providing dream homes for all. Jonathan is a member of Overstock’s board of directors and has been an integral part of the company’s growth – from a start-up to publicly traded with over $3 billion in sales and nearly 2,000 employees.

Since joining Overstock in 2002, Jonathan has held various positions within the company, including chairman of the board, executive vice chairman, president, and general counsel. He is also a member of the board of directors of The J.M. Smucker Co.

From 2016-2021, Jonathan served as president of Medici Ventures, a former Overstock subsidiary which invested in blockchain technology and fintech businesses. In early 2021, Medici’s assets were transferred to a venture fund overseen by Pelion Venture Partners.

Prior to Overstock, Jonathan worked for TenFold Corporation, practiced corporate law in Los Angeles and served as a judicial clerk at the Utah Supreme Court. Jonathan received a bachelor’s degree from Brigham Young University, studied at Osaka University of Foreign Studies, and received a law degree from the J. Reuben Clark Law School at BYU.

Jonathan is based in Salt Lake City, UT, where he resides with his wife of 34 years. He has 5 sons, two granddaughters, and enjoys cycling, crossword puzzles, and reading poetry. He is active in in many facets the community.