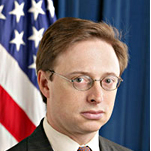 John Simon, a leader in promoting private investment in low-income countries, will join the Center for Global Development as a visiting fellow starting February 2. Simon is the outgoing U.S. ambassador to the African Union and former executive vice president of the U.S. Overseas Private Investment Corporation (OPIC).

At OPIC, Simon spearheaded efforts to promote private investment to the developing world, including by catalyzing the creation of new private equity funds focused on social impact investment in Africa. He previously served at the White House as special assistant to the president and senior director for relief, stabilization and development in the National Security Council (NSC) and at USAID as deputy assistant administrator overseeing the agency’s development information and evaluation units.

CGD president Nancy Birdsall said that Simon will draw on his many years of public and private sector experience to explore the growing wave of socially-oriented investment and its impact on the developing world.

“A new class of globally-minded investors seeks not only positive financial returns but also high social returns on their investments in rural development, healthcare, affordable housing, and renewable energy. We are pleased that John Simon will be drawing on his wealth of experience to help find ways to make the most of this promising new trend. John’s record of bringing creativity and energy to provide practical solutions to pressing global problems makes him a great fit for CGD,” she said.

Simon’s work will be a part of CGD’s Emerging Africa Project headed by CGD senior fellow Todd Moss, who recently returned to the Center after serving in the State Department as the deputy assistant secretary for Africa. Simon praised the Center as “a leader in producing groundbreaking research on development issues.”

“I am thrilled that they have offered me the opportunity to investigate the exciting new field of social impact investment and how it can become a tool in the fight against global poverty,” he said.

Until recently Simon was been based in Addis Ababa as the United States’ representative to the AU. Earlier in his career, he worked at Harvard Pilgrim Health Care and for the Commonwealth of Massachusetts. He earned his bachelor’s degree at Princeton University and a master’s degree in public policy from Harvard University.