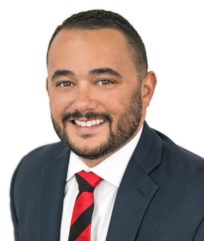 Dr. Newton is the former Chief Economist for American Farm Bureau Federation, the largest organization of independent farmers in the United States. In this role, Dr. Newton was responsible for the management of Farm Bureau’s economics department and coordinated and conducted analyses used for the development and advocacy of Farm Bureau policy on Capitol Hill.

Prior to joining Farm Bureau, Newton was an agricultural economist for the United States Department of Agriculture and was detailed to both the Senate Agriculture Committee and the USDA Office of the Chief Economist. Following his service to USDA and the Congressional Committee, Dr. Newton was an award-winning faculty member at the University of Illinois Urbana-Champaign.

Newton is a Kentucky native and holds two Masters and a Ph.D. from The Ohio State University.