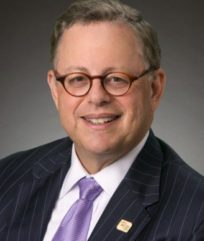 For more than 30 years, Jeff has been a thought leader in the investment industry. A regular guest on CNBC and Bloomberg, Jeff’s writings on economics and public policy have been published in Barron’s, Forbes, The Chicago Tribune, The Boston Globe and other periodicals. His worked has been cited by The New York Times and The Wall Street Journal. Jeff is a nationally recognized expert on “second chance” employment, private sector models of hiring workers marginalized by criminal records. In addition to regular speaking appearances at conferences and public events, Jeff was invited to testify on Capitol Hill as an expert witness on the use of commodity indexes by pensions and other institutional investors.

Jeff earned both a Bachelor of Arts degree in Economics and a Certificate of Proficiency in Near Eastern Studies from Princeton University in Princeton, N.J.

A passionate supporter of cultural organizations, Jeff serves as a Trustee of the Harris Theater for Music and Dance, and as an Overseer of the Peabody Essex Museum.