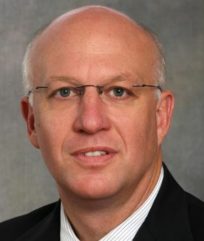 Before joining the company, Jay was an economist in the Division of International Finance at the Federal Reserve Board in Washington, D.C. He started his career as an assistant professor of economics at the University of Alabama. He has also lectured on international economics and macroeconomics at the School for Advanced International Studies at Johns Hopkins University and Georgetown University. He has published in academic and popular economic journals, and his comments on the economy regularly appear in The Wall Street Journal, the New York Times, and USA Today. He makes frequent appearances on CNBC and Bloomberg TV.

Jay received his B.A. and Ph.D. degrees in economics from the University of North Carolina at Chapel Hill.