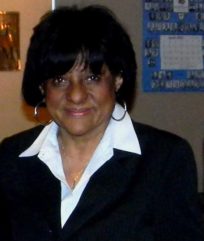 Member of the City Council of Philadelphia

Jannie L. Blackwell, a six term councilperson born and reared in Philadelphia, is a seasoned advocate for social change with a thirty year reputation for serving community members and the poor and underprivileged in the City of Philadelphia, making her a leader in our City with her own vision.

Jannie L. Blackwell is a graduate of Cheyney University where she received a Bachelor of Science degree in Education and a graduate of St. Joseph’s University where she received a Master of Arts in Education. Councilwoman Blackwell began her political career by serving as Special Assistant to the Governor, assigned to the Pennsylvania Legislative Black Caucus in Harrisburg, Pennsylvania.  She resigned with her husband, then State Representative Lucien E. Blackwell, when he ran for and was elected to City Council.

In addition to serving as delegate to the National Convention for four presidential elections, she served as Administrative Assistant to two Lucien E. Blackwell campaigns for Mayor, four for City Council and three for the U.S. Congress.  She also served in this capacity during his fifteen year tenure in City Council, before succeeding him.

Since taking office in 1992, Jannie has emerged as a strong contender and powerbroker in the local political arena.  Elected among her peers as Majority Leader in 2000, Councilwoman Blackwell is a behind the scenes consensus builder and problem solver.  A stellar politician who understands the making of solid policy, Councilwoman Blackwell has introduced significant legislation during her previous five Council terms.

While rooted in the Blackwell tradition of empowering the underserved, Jannie has crafted her own vision for the Third Councilmanic District that focuses on increasing affordable housing and creating economic opportunity for her constituent base whose demographics are continually expanding.  She has likewise enhanced her district by increasing commercial development and homeownership opportunities.  As a former Commissioner on the Philadelphia Housing Authority Board, she is proud of the blight removal and new housing construction across the City.  The Lucien E. Blackwell Homes, located in and around 46th Street and Brown Streets in West Philadelphia totals over 1,000 new homes available for rental and homeownership!  Several thousand more rental and homeownership opportunities in West Philadelphia include but are not limited to the Marshall Sheppard Village, Presbyterian Homes, Lex Street, Union Hill Homes, Chaka Fattah Homes, Lucien E. Blackwell Homes, Bernice Elza Homes and Jannie’s place.  Councilwoman has partnered with a number of organizations to increase the availability of new housing.  These partners increase housing opportunities by the thousands and include: include the Philadelphia Housing Authority, the People’s Emergency Center, Habitat for Humanity, 1260 Housing, Drexel and Penn Universities, Pennrose Properties, Inc., Neighborhood Restorations, TJ Properties, West Philadelphia Real Estate (WPRE), The Lomax Companies, Orens Brothers, and Guy Loren.

Councilwoman Blackwell’s economic plan incorporates her vision for increasing affordable housing and job and business development.  Her leadership and hands-on approach with business leaders, public and private institutions, community groups, town watch leaders, block captains, and other elected officials, has continued to allow this economic development plan to come to fruition, culminating in over 3 billion dollars in public and private investment.

Councilwoman Blackwell has made a life-long commitment to move her community forward, and will always work to foster an end to homelessness, neighborhood blight and poor public education through using the tools of public policy, legislation and public engagement.  Her overall vision is to improve the quality of life for all – regardless of race, class, gender, or socio-economic status.  She continues to believe that there is a solution to every problem.