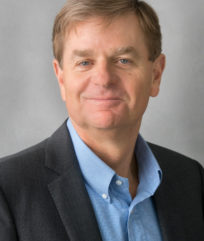 James Murchie co-founded EIP in 2003 with Linda Longville and Eva Pao. He is the President, CEO and Co-Portfolio Manager of EIP’s Funds and products which seek to focus on high-payout energy infrastructure securities such as Master Limited Partnerships (MLPs), MLP affiliates, Utilities, Yield Corporations (YieldCos) and Energy Infrastructure Real Estate Investment Trusts (REITs). From late 2004 to mid-2006, while the EIP investment team was affiliated with Pequot Capital Management, Mr. Murchie served as a Managing Director.  In July 2006, EIP re-established its independence.  In 1998, he founded Lawhill Capital where he managed a long/short equity fund that invested in energy and cyclical equities and commodities until 2003. From 1995 to 1997, he was a Managing Director at Tiger Management where his primary responsibility was investments in energy, commodities and related equities. From 1990-1995, Mr. Murchie was a Principal at Sanford C. Bernstein where he was a top-ranked energy analyst and sat on the Research Department’s Recommendation Review Committee. Before joining Bernstein, he spent 8 years at British Petroleum in 7 operating and staff positions of increasing responsibility.  He has served on the board of Clark Refining and Marketing Company and as President and Treasurer of the Oil Analysts Group of New York. Mr. Murchie received a B.A. from Rice University in 1979 and an M.A. in Energy Planning from Harvard University in 1982.