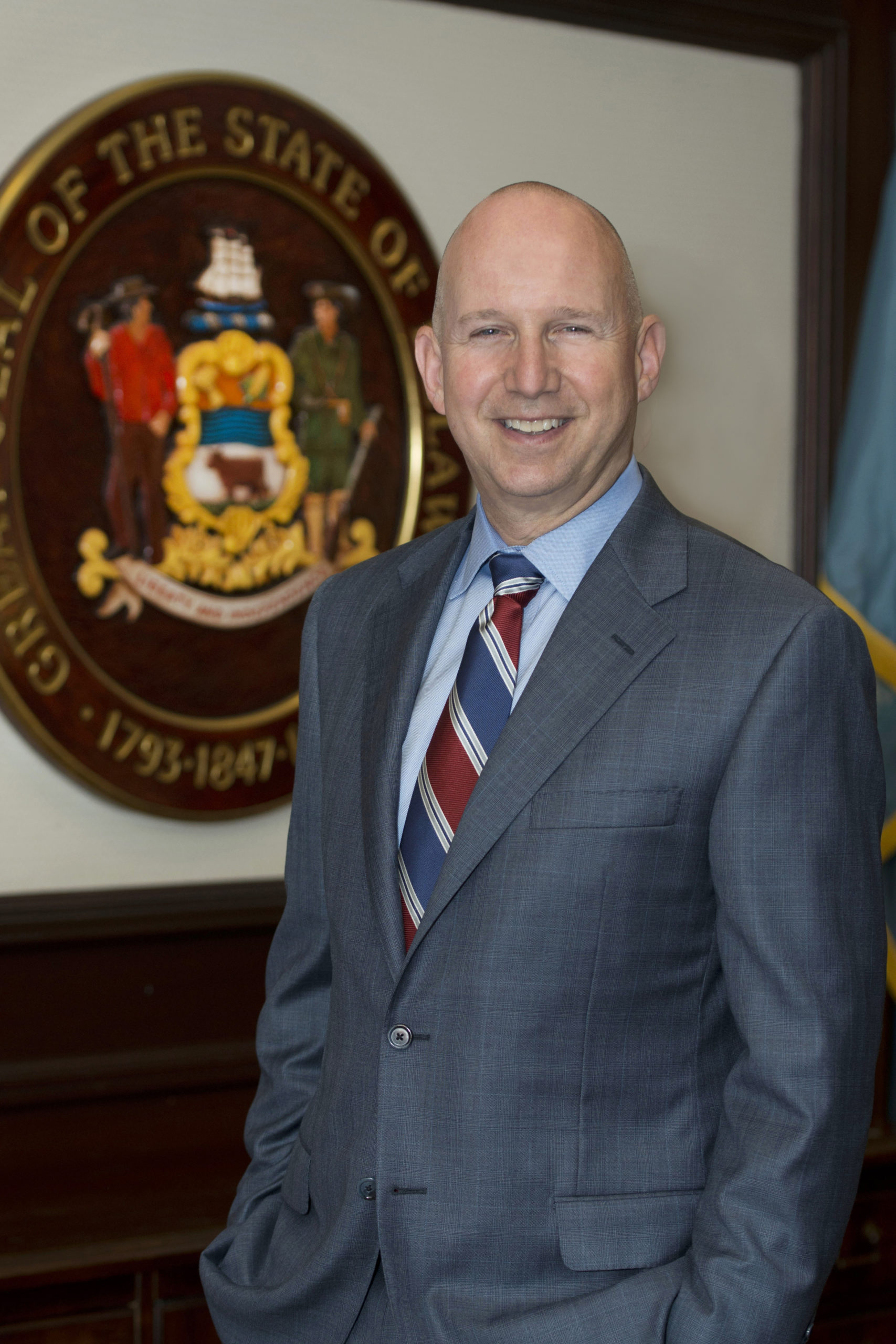 Jack Markell has served as Governor of Delaware since 2009, after being elected in 2008 (67% of the vote) and re-elected in 2012 (69%). He is term-limited and will complete his time as Governor in January 2017.
During his tenure, according to Gallup, Delaware has gone “from one of the lowest-ranking states (in terms of job creation) in 2008 and 2009 to one of the top-ranking in 2013 and 2014. Delaware holds the distinction of being the only state anywhere along the Eastern seaboard to be in the top 10.”
This improvement reflects Governor Markell’s keen focus on improving an economy that was buffeted by the Great Recession. When he took office, he inherited rapidly rising unemployment and the loss of major employers. Since then, companies including JP Morgan Chase, Capital One, Baltimore Aircoil, Sallie Mae, Calpine and many others have re-located to or expanded significantly their operations in Delaware.
During Markell’s administration, Delaware has made great strides in its schools and workforce development system. The state has adopted higher learning standards, raised the bar for its teacher preparation programs, invested in early childhood education, created a statewide world language immersion program, built the nation’s best college access program for low-income youth and created a new “Pathways to Prosperity” plan enabling juniors and seniors to earn college credit and workplace experience in fields ranging from manufacturing to computer science to hospitality.
The results are impressive: thousands more low-income students enrolled in the best early childhood centers, record-high graduation rates, more than doubling the number of students taking college-level courses in high school and increasing the number of students taking and passing Advanced Placement tests.
Markell has focused on running state government efficiently and effectively, keeping average annual budget growth below zero when taking into account inflation and population. He has maintained the state’s AAA bond rating while reforming Delaware’s health and pension systems to make them more sustainable over time.
Markell has been recognized by his fellow governors, having been elected to serve as Chair of the National Governors Association. In that role he chose as his Chair’s initiative A Better Bottom Line: Employing People with Disabilities.
Other states have embraced this initiative along with Delaware, which has increased by 8.6% the number of actively employed people with disabilities and has been recognized as the top ranked state in helping youth receiving social security disability benefits to successfully transition to employment.
He has also served for three years as Chair of the National Board of Directors of Jobs for America’s Graduates, co-chair of the Common Core Standards Initiative and chair of the Metropolitan Wilmington Urban League.
Prior to being elected Governor, Markell was elected three times as Delaware’s State Treasurer, when he created the Delaware Financial Literacy Institute and its signature program, the Delaware Money School.
He began his career in the private sector helping lead the wireless technology revolution as the 13th employee at Nextel (a name he coined), where he served as Senior Vice President for Corporate Development. Other business experience includes a senior management position at Comcast Corporation, work as an associate at McKinsey and Company and as a banker at First Chicago Corporation.
Markell was born and raised in Newark, Delaware and graduated from Newark High School with his wife, Carla. He went on to receive an undergraduate degree in economics and development studies from Brown University and an MBA from the University of Chicago. Markell is a Henry Crown Fellow and a Rodel Fellow at the Aspen Institute. He resides in Wilmington Delaware with his wife. Their two children, Molly and Michael are in their 20’s. The family has a mixed-breed dog, Rue.