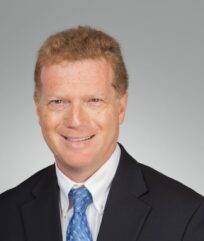 Ian Katz is a managing director and oversees the financials practice at Capital Alpha Partners, an independent policy research firm based in Washington, D.C. Before joining Capital Alpha in 2016, Katz was a reporter at Bloomberg News for more than eight years, covering financial regulation and market issues, the Federal Reserve and the Treasury Department, and traveled frequently around the world with the Treasury secretary. Katz was a reporter for the series “Wall Street’s Toxic Exports,” which was a finalist for a Gerald Loeb Award, and “Recipe for Famine,” a series that won an Overseas Press Club Malcolm Forbes Award. Previously, he was a business columnist at the South Florida Sun-Sentinel, where he twice won the Florida Press Club’s annual award for general excellence in business writing. He spent two months reporting from the newspaper’s Havana bureau in 2006. Katz also was vice president of media for online financial services company Patagon.com, where he managed a staff of 60 journalists in seven countries in Europe and Latin America. Previously, Katz was a foreign correspondent in South America for 10 years, including more than five years as Business Week magazine’s Sao Paulo, Brazil, bureau chief, and as an Associated Press correspondent based in Buenos Aires, Argentina. Earlier in his career Katz was a reporter and copy editor at The Miami Herald, and started his career as a national and foreign desk copy editor at the Sarasota Herald-Tribune.