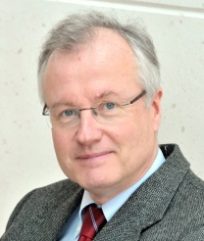 Hervé Goulletquer is the head of strategy at La Banque Postale Asset Management and a member of the management committee.

He holds a master’s in econometrics, a postgraduate degree in economics and policy and graduated from IAE (Institut d’Administration des Entreprises) in Paris.

Hervé joined LBPAM in 2014 as head of strategy and has 33 years of experience in the industry. He began his career as an economist with Framatome in 1982, and then with Société Générale in 1984. From 1986 to 1997, he launched and headed the economics studies department at Caisse Centrale des Banques Populaires, before joining former Crédit Lyonnais as market chief economist until 2004. He then became the head of countries and portfolios risks at Crédit Agricole CIB. In 2007, he became global head of market research and managed a worldwide team of around 30 economists and strategists based in London, Paris, New York, Hong Kong and Tokyo.

His areas of expertise cover the world economy, capital markets and cross-assets arbitrage. He produces research and communicates on these themes with French and international investors.