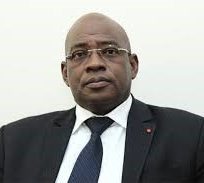 Ambassador of Côte d’Ivoire to the United States of America

In private sector, he successively held the following positions:

In the public sector, Ambassador Haïdara led the Economic and Commercial Bureau as Commercial Counselor at the Ivorian Embassy to Washington, DC, As such, he:

On March 28, 2018, H.E. Mamadou Haidara took office as Ambassador of Côte d’Ivoire to the United States.

He is fluent in French and English.