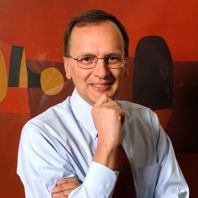 Graduate in Economic and Social Sciences at L. Bocconi University, Milan. After spending a short period as a teaching assistant, he joined the Italian Commercial Bank (BCI) Research Department in 1983 and Became Head of the Research Department in 1995. From 1994 to 1999, Professor of Monetary Economics at Bocconi University.
Areas of research include monetary and financial markets, the Italian banking system, Central and Eastern Europe banking systems. He is the author of many publications ON THESE subjects.

He is Responsible for the Research Committee of the Italian Banking Association and the Italian has been appointed delegate of the Economic and Monetary Affairs Committee of the European Banking Federation (EBF).
Finally, he is a member of the Following Boards of Directors: Prometeia, Institute for International Political Studies (ISPI), Bocconi Partners Foundation, Association for the Study of Banking and Stock Exchange, SRM (Association for the Study of the South), Group Business economists (GEI), AIP (Italian Association for Manufacturing), Foundation Studies Centre and the Bank Sicula Greater Milan.