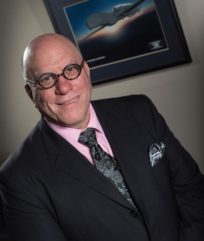 R. Glenn Williamson has more than 30 years of entrepreneurial and executive level experience, primarily in the financial and operational aspects of companies. His strengths range from advanced capital formation to marketing as well as positioning people, products, concepts and companies. Mr. Williamson has been involved in engagements ranging from the design of a world-class fractional yacht ownership program in the Cayman Islands to working with a world-class film animation production company based in Montreal, Quebec, Canada, and was a member of a global finance team working on a $3 billion Iridium satellite program in 2010.

Mr. Williamson has a proven record of taking companies from concept to maturity by assembling and managing teams of highly qualified individuals who provide the innovation, experience and expertise to build successful companies.

During the last four years he was chairman, CEO and president of Kinetx Aerospace, a firm involved in deep space navigation and advanced satellite engineering; both civilian and military. He is chairman of EPCOR Water USA as well, one of Arizona’s largest privately owned water utilities. He was also on the Board of Obsidian Strategics, a high-technology company involved in High Speed Wan Connectivity in the super computer industry, serving the Intelligence community.

From 2000 to present Mr. Williamson has also been the CEO of Nest Ventures L.L.C., a private equity firm with offices in Montreal, Canada and Phoenix, Arizona. Mr. Williamson has also held series 7 and 63 NASD securities licenses and acted in the capacity of an international investment banker in New York City and Los Angeles. Mr. Williamson is an active registered member of the National Association of Corporate Directors, trained in U.S. and Canadian Corporate Governance for private and public companies. He is a graduate of the director professionalism course.

From 1992 to 2000, Mr. Williamson served as vice chairman, executive vice president, chief operating officer, and treasurer of WAVO Corporation, a 200+ person International Digital Media Provider, listed on the NASDAQ. During his tenure, he was involved in the public offering and acquisition of half a dozen companies, as well as numerous financial strategic alliances around the world, such as Microsoft, Intel, Public Broadcasting Service, Virgin Entertainment Group, and Siemens-Albus in Switzerland. He helped raise over a $100 million and deployed a 50,000 node worldwide network that managed in excess of 1,700 news and information feeds for institutions such as Dow Jones Reuters and Thompson. Since Wavo was the leader in data broadcast technology, Mr. Williamson spent an enormous amount of time in Washington D.C. working with the FCC, the House Telecommunications Committee, and the governing bodies of the Electronics Industry Association and the National Association of Broadcasters to help set the standards for this industry. Mr. Williamson also established and sat on their Finance Committee, Audit Committee, Nomination Committee, Incentive Plan Committee and the 401K Committee, as well as each of the boards of the five subsidiaries. Stock performance during this time went from $11.00 to $21.00.

From 1987 to 1992, Mr. Williamson was founder and chairman of Interactive Media Technology (IMT), a 100 person NASDAQ listed technology company. IMT was involved in the creation and development of the IMTX 8000, a revolutionary device that allowed computer control of multiple serial and parallel devices. Mr. Williamson spent time in Japan procuring Canon Inc. as a multimillion-dollar financial partner. He also spent time in Europe securing Tandberg of Norway as an additional financial partner. During this time, he structured seven different types of financing and managed all the investment banking relationships, including the public offering. Mr. Williamson was featured on CNN, the Wall Street Journal, Success Magazine, and many other national and international media outlets. Stock performance during this time went from $1.00 to $3.00.

From 1985 to 1987, he was executive vice president of Go-Video, and president of Go-Video Productions, a NASDAQ listed hardware and video production company, best known for the invention and commercialization of the dual deck VCR. Mr. Williamson was involved in all aspects of Go Video, from the legendary world class lawsuit that the company initiated against VCR manufacturers worldwide (specifically Japan) and the Motion Association of America, to the manufacturing agreements struck with Samsung in Korea, and the video production studios that the company operated. Stock performance during this time went from $0.87 to $24.00.

From 1983 to 1985, Mr. Williamson was senior vice president of Operations for International Laser Technology, a publicly traded company. Mr. Williamson was responsible for creating and preparing a roll out of 50,000 units of IBM and Pioneer systems to the travel industry that would enable new laser disc technology to be used by travel agents. This allowed for full video and audio to be used as a replacement for the Hotel Travel Index Book. Also during this time, he designed, set up and managed the nationwide network and Network Operations Control Center, which was a precursor technology to the Internet. Mr. Williamson oversaw all Intellectual Property in regards to this technology, set up a franchise-licensing program in all 50 states, and procured a $25 million dollar equipment leasing facility.

In addition to his commitment to Nest Ventures, Mr. Williamson served on the Executive Committee of the Board of Directors of the Phoenix Zoo and chaired the Nominating Committee. He was a founding member of Social Venture Partners, a non-profit organization benefitting children and education. He also sat on the Executive Committee of the Board of Directors as well as chairing the nominating committee for American Rivers, a Washington D.C. based river advocacy group. He was also a trustee of the Todd Thomas Foundation, an organization that focuses on suicide prevention, and was an active advisor to the Arizona Attorney General Janet Napolitano, as well as having worked on her campaign to become Governor of Arizona. He is a past member of the Board of Trustees of All Saints Episcopal Day School in Phoenix Arizona and is an assistant scoutmaster with the Boy Scouts of America Troop 401 Grand Canyon Council.

Mr. Williamson is the founder and CEO of the Canada Arizona Business Council, a private sector group sanctioned by the Canadian Government and the State of Arizona to work on increasing bilateral trade and foreign direct investment between Canada and Arizona. He is also a “Visiting Speaker” at Thunderbird: The American Graduate School of International Management in Phoenix, Arizona. He was a founding board member of Arizona State University’s North American Center for Trans Border Studies, a member of the Deans Advisory Council in the School of Global Management & Leadership at Arizona State University, and a Board Member of the International Committee of the Greater Phoenix Economic Council.

Mr. Williamson has also been an Honorary Commander at Luke Air Force Base in Arizona, home to the 56th Fighter Wing of the U.S. Air Force, which is comprised of some 200 F-16 fighter aircraft. He is also currently a member of the Blue Blazer Squadron, a group of 56 Honorary Commanders operating under the Fighter country partnership. Additionally, he sits on the Arizona District Export Counsel Board, a position appointed by the U.S. Secretary of Commerce.

Mr. Williamson has received six coveted gold and silver National Telly Awards for executive production of non-broadcast video and film productions, and is an avid skier, scuba diver and video gamer. Mr. Williamson, who was born in Montreal and is fluent in French, is a graduate of Rothsey Collegiate Military Academy in New Brunswick, Canada.

He currently resides in Phoenix with his wife and three children and is a dual citizen of both the United States and Canada.