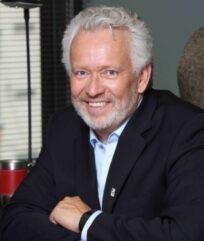 Glenn spent almost two decades as part of the Canadian financial market infrastructure community, including most recently acting as President of both CDS and CDCC, which are responsible for the clearing, settlement and depository functions for the Canadian security, listed derivative and repo markets. In this time he helped shape industry responses to digitization, risk reduction, and technology evolution and sat at the intersection of policy and commercial interests in the capital markets.

Prior to this, Glenn held business development and management roles with a major Canadian bank, and a public pension fund.  Glenn is currently an Executive advisor and investor in several fintechs, including a blockchain based technology provider and Canada’s first regulated digital custodian. Glenn is also consulting on the development of digital clearing and settlement solutions for a Canadian digital trading platform. He holds a BSc Eng and an MBA from the University of New Brunswick.