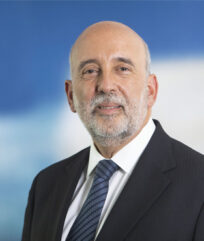 Governor of the Central Bank of Ireland

Before joining the Central Bank Gabriel was Secretary to the New Zealand Treasury and the Government’s chief economic and financial adviser from 2011 to 2019. During his time as Secretary, he led reviews of New Zealand’s three macroeconomic pillars (monetary, financial stability and fiscal policy) and the development of a new framework for the development of economic and public policy focused on intergenerational wellbeing. In addition Gabriel was New Zealand’s Alternate Governor at the World Bank, Asian Infrastructure Investment Bank, Asian Development Bank and the European Bank for Reconstruction and Development. He was also co-chair of the Trans-Tasman Banking Council.

Previously Gabriel worked in the UK civil service where his roles ranged from policy on domestic and international tax issues through to large-scale operational delivery. He has also chaired the OECD’s Committee on Fiscal Affairs and was responsible for the UK’s Government Banking Service.