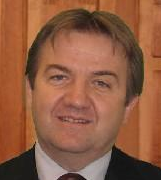 From 1990 he was head of the liquidity and risk management department at Magyar Hitelbank and became investment manager at Wallis International afterwards. From 1994 he worked for Magyar Hitelbank as managing director. From 1996 he was head of the bank department at the MNB. In 1998 he was promoted to managing director and nominated to the board of directors of the bank. From 2002 he was deputy CEO of Wallis Rt. and CEO of CIB Bank afterwards until 2005. Until his appointment as deputy governor, he was member of the Board of Wallis Zrt. from 2002 and Graphisoft Nyrt from 2006 and also chairman of the Board of FHB Nyrt. from 2005. He has been lecturer at the University of Economics since 1996 and was member of the economic advisory board of the prime minister in 2004-2005.