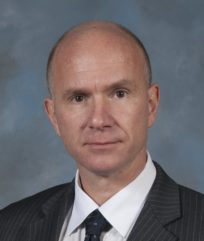 Dr. Evan Ellis is a research professor of Latin American Studies at the U.S. Army War College Strategic Studies Institute, with a focus on the region’s relationships with China and other non-Western Hemisphere actors, as well as transnational organized crime and populism in the region.

Dr. Ellis previously served as on the Secretary of State’s Policy Planning Staff (S/P) with responsibility for Latin America and the Caribbean (WHA), as well as International Narcotics and Law Enforcement (INL) issues.

Dr. Ellis has also been awarded the Order of Military Merit José María Córdova by the Colombian government for his scholarship on security issues in the region.