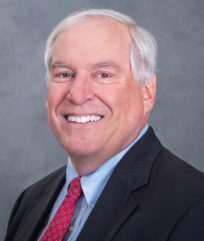 President and CEO of the Federal Reserve Bank of Boston

Eric Rosengren is president and CEO of the Federal Reserve Bank of Boston, one of 12 regional Federal Reserve banks. Eric is a participant in the Federal Open Market Committee, the monetary policymaking body of the United States. As CEO, Eric leads the Boston Fed’s work, which includes economic research and analysis, banking supervision and financial stability efforts, community economic development activities, and a wide range of payments, technology, and finance initiatives.

Eric was appointed president in 2007 and has taken a rigorously data-driven approach in forming his views on the national and regional economy. His research and policy positions pay close attention to both aspects of the Fed’s dual mandate – labor market outcomes as well as price stability. Eric’s work as a researcher and now as a policymaker has often focused on financial stability issues and their impact on the real Main Street economy. He has led a number of efforts to expand the Boston Fed’s outreach and impact on low- and moderate-income communities – among them hosting sizable foreclosure- prevention workshops for New England residents during the Great Recession, and running a competition for postindustrial New England communities to develop cross-sector collaboration and ultimately help improve the lives of lower-income residents.