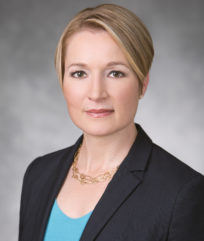 Ellen Zentner is Chief US Economist at Morgan Stanley, a Managing Director, and a member of its Research Diversity and Inclusion Council. She joined the firm in 2013 from Nomura Securities International. From 2003 to 2011, Ms. Zentner worked for Bank of Tokyo-Mitsubishi UFJ as its Senior US Economist. Before joining BTMU, she worked for five years in the Revenue Estimating Division at the Texas State Comptroller on a range of economic development and impact studies, including monitoring the fairness of the tax system in the state. Ellen currently serves on the Treasury Borrowing Advisory Committee (TBAC), as well as the Economic Advisory Panel for the Federal Reserve Bank of New York and the American Bankers’ Association. She is a former member of the Academic Advisory Council for the Federal Reserve Bank of Chicago, past Chair of SIFMA’s Economic Advisory Roundtable, Director of the National Association for Business Economics as well as the NABE Foundation, and is a past president of NABE’s New York chapter (NYABE). Ms. Zentner is a member of the Council on Foreign Relations and a Trustee of the Graduate Center Foundation of the City University of New York (CUNY). In 2018 and 2020, Ellen’s team received the Lawrence R. Klein Award for the most accurate economic forecasts over the past four years. Ms. Zentner holds a Bachelor of Business Administration and a Master’s Degree in Economics from the University of Colorado Denver.