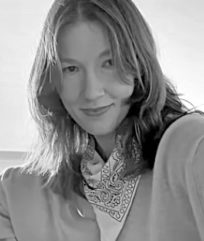 Registry Data Manager of You + ME Registry at Solve M.E.

Elle Seibert is the Registry Data Manager at the You + ME Registry, an online clinical study of ME/CFS, Long COVID + other post-viral illnesses. Since joining Solve M.E., Elle has cultivated relationships with key stakeholders in the ME/CFS and Long-COVID space, with the understanding that thoughtful community engagement yields better research. By maintaining a presence in these communities, Elle has come to recognize post-viral illness as a social-scientific issue, rather than a purely medical phenomenon. Although it took some time, Elle also came to recognize that she, too, is a longhauler.

Prior to joining Solve M.E., Elle has worked with research groups at the University of Southern California, Stanford, and Occidental College. She has also worked alongside Dr. Philip Zimbardo as a volunteer for the Heroic Imagination Project, a research and education non-profit dedicated to promoting heroism in everyday life. Currently, she serves as a Patient Representative for the NIH RECOVER Study.

Elle is a graduate of the University of Southern California, where she pursued coursework in neuroscience and developed an appetite for the interplay between science, philosophy and the arts.