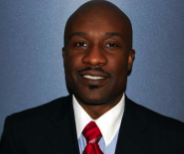 Rockfeler Herisse, Ph.D. is a senior alliance advisor in the Office of Development Partners, Private Sector Alliances and provides leadership in developing public-private partnerships in Africa, Haiti, and on the agricultural value chain. Dr. Herisse also has expertise and interests in program development, management, monitoring, and evaluation; diaspora engagement; democracy, governance and conflict resolution; and acquisition and assistance.

Rounding out his experience on USAID, he served as team leader for the Central/Coastal West Africa Team and country development officer for Nigeria, Benin and Gabon. He monitored mission support for Nigeria, Ghana, Benin, the West Africa Regional Mission, Cameroon, Chad, Equatorial Guinea, Sao Tome and Principe, and Togo.

Prior to joining the West Africa team, Dr. Herisse was the acting deputy director of the Office for Small and Disadvantaged Business Utilization (OSDBU) where he served as the minority serving institutions program coordinator, presented papers at international conferences linking transformational development to the US transformational diplomacy goals, and developed the Agency’s Mentor-Protégé Program for small businesses. Dr. Herisse is also the former assistant executive director Riviera Beach Community Redevelopment Agency (CRA) in Riviera Beach, Florida from 2001-2003. He was responsible for the day to day oversight of the agency staff including a 14-member consultant team, its budget, and all grant applications to and from the Agency.

Over the past 15 years, Dr. Herisse has worked, lived or traveled in Africa, Latin America, and the Caribbean regions. Notably from 2000-2001, he served as the chief of party on a $1.5 million leadership development training project funded by USAID/Mali. From 1995-1999, Dr. Herisse was the Africare chief of party in Burundi. While in Burundi, he was recognized for transformational leadership with political tact while managing a USAID-funded $3.5 million budget and a program to mitigate the conditions caused by a cyclical ethno-political civil war. He developed a team of trainers equipped with techniques for promoting peace through development and sustainable resolution of conflicts based on indigenous values and faith.

Born in Port-au-Prince, Haiti and reared in upstate New York since elementary and pre-baccalaureate studies, Dr. Herisse received his bachelor’s degree in agriculture (economics) from the University of Maryland-Eastern Shore. He earned his master’s and doctorate degrees in agricultural extension education from the Pennsylvania State and Michigan State Universities respectively. He is fluent in Créole, French, and Spanish. He conducts seminars and publishes articles on diverse topics, volunteers with community development projects, the arts, and athletics, and serves on advisory committees and board of reviewers for several professional journals in his field.