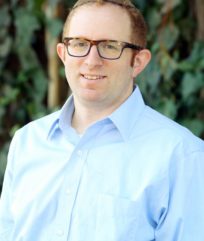 Director of the Zvi Meitar Institute and Professor at Yale University

Dov Greenbaum has undergraduate degrees in economics and biology from Yeshiva University and a doctorate in bioinformatics/genetics, a data science field, from Yale University. Dov also has a law degree with a focus on intellectual property from the University of California, Berkeley. Subsequent to his degrees, Dov had two postdoctoral appointments, one at Stanford University and the Second at ETH Zurich, both synthesized science, technology, law and society.  Dov practiced law for two years at a large multinational law firm in Silicon Valley where he was involved in complex high-stakes civil litigation.  Dov continued his practice in Israel in the area of patenting of hitech innovations, including biotech, complex algorithms, robotics and missile defense.  Currently, Dov is the director of the Zvi Meitar Institute, an academic institute at the Interdisciplinary Center in Herzliya (IDC) a non-government funded university in the heart of Israel’s technological center.  The Institute is broadly interested in the ethical, social and legal concerns arising from new and emerging technologies. Dov also has an adjunct appointment at Yale University in the Department of Molecular Biophysics and Biochemistry.