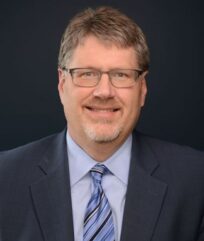 In addition to his CIO and Portfolio Management responsibilities heading both the asset allocation and investment strategy committees, Doug maintains the firm’s proprietary Major Trend Index, a multi-factor model which evaluates the underlying health of the markets, both domestically and globally. He is also the lead writer for The Leuthold Group’s highly regarded institutional research publications.

Doug is an accomplished speaker and has presented at a range of engagements, including the Morningstar Investment Conference, CFA societies across the U.S., Minnesota CPA Society, Minneapolis Business Bank, and a variety of Advisor and private client events throughout the country. These appearances have encompassed a variety of settings, from intimate meetings to groups of around 300 attendees. Additionally, Doug is frequently used as a resource by the financial press, including appearances on CNBC and Bloomberg TV; he has been quoted several times in Barron’s and is often referred to by the leading trade journals for a variety of topics. He is a member of the Charles Dow Award committee, and the Market Technicians Association.

Before joining the Leuthold team, Doug was Chief Investment Officer of Treis Capital in Des Moines, Iowa, where he managed equity portfolios and published a quantitative equity research product. Prior to that, he worked at Principal Global Investors. Doug is a Phi Beta Kappa graduate of Coe College in Cedar Rapids, IA, where he earned a Bachelor’s degree in Economics and Business Administration. He also played four years of varsity basketball at Coe, earning Academic All-America honors in 1986-87. Doug received an MA degree in Economics from The Ohio State University in 1990; he earned his CFA designation in 1996 and became a Chartered Market Technician in 2003.