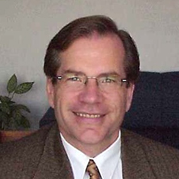 As consulate general of Canada, Mr. David F. J. Marshall is responsible for the promotion of all Canadian interests in the areas of political and economic relations, culture, and academic and public affairs in the six-state territory of Texas, Louisiana, Arkansas, Oklahoma, and Kansas.

Mr. Marshall entered Canada’s Foreign Service in 1990 and has served in various positions overseas and within the Department of Foreign Affairs and International Trade. Prior to his appointment in Dallas, Mr. Marshall was counsellor and commercial program manager for Guatemala and El Salvador, based in Guatemala City. His other assignments at headquarters have included work on Africa & Middle East Trade Bureaus and as departmental spokesperson in the media relations division.

In 1997 he was posted to the International Trade Centre in Vancouver, Canada for four years where he served as senior advisor for Latin America. He also served overseas as deputy commercial program manager at the Canadian Embassy in Lima, Peru, from 1994 to 1997, and has worked in Tehran, Iran, and Bogota, Columbia.

Mr. Marshall was born in London, England in 1954. He is a graduate from the University of Victoria in Victoria, B. C., Canada where he obtained a double B. A. in modern history and pacific & asian studies in 1987.