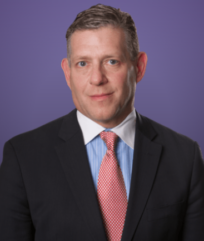 David represented the Official Committee of Unsecured Creditors in the bankruptcy of Coudert Brothers LLP, a former major international law firm founded in the 1850s. In connection with the confirmation of Coudert’s plan of liquidation, the estate recovered over $8 million from its partners. Following confirmation, David, on behalf of the plan administrator, asserted claims against non-settling partners and successor law firms under the bankruptcy code and partnership law (including unfinished business claims). Those claims resulted in several significant settlements and landmark decisions.

David has represented trustees appointed under the Securities Investor Protection Act of 1970 in connection with the liquidation of BBS and First Interregional Equity Corp. Both of these cases involved multimillion dollar liquidations of major brokerage firms and issues dealing with complex customer positions and the unraveling of major frauds.

He frequently represents indenture trustees in separate litigations arising out of bankruptcy where claims have been asserted by certificate holders for professional negligence, breach of contract, breach of fiduciary duty and violation of the Trust Indenture Act.

David is a member of the firm’s Compensation Committee and previously served on the firm’s Executive Committee from 2008 to 2014.