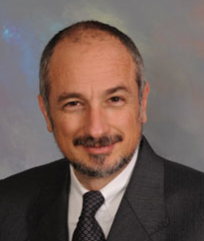 Consul General of Israel to the United States

Prior to assuming his post as consul general of Israel in Philadelphia, Mr. Kutner headed the Bureau for Economic and Strategic Affairs at the Ministry of Foreign Affairs Center for Political Research.

Mr. Kutner was born in Buenos Aires, Argentina and immigrated to Israel in 1973. He is married to Shirley and has two daughters, Maia and Adi.