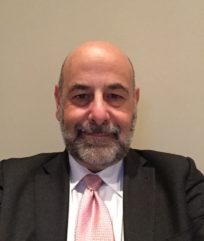 Daniel Chiquiar is currently the General Director of Economic Research at Banco de México. As Chief Economist of the Central Bank, he is the Chief Economic Adviser to the Board of Governors. Among other responsibilities, he directs the Economic Research Division of the Central Bank, providing intellectual leadership and direction to the efforts aimed at contributing to the understanding of policy recommendations on current economic events and diverse issues such as growth, inflation, international trade, labor market, and monetary policy. Much of the research is used as the basis for advice to the Board of Governors and is published in top academic journals.

He is an economist from the Instituto Tecnológico Autónomo de México (ITAM) where he graduated with honors in 1990. Later, he earned his Ph.D. in Economics from the University of California San Diego, in 2003, and specialized in international trade and macroeconomics. Most of his research has been published in top peer-reviewed academic journals in economics. He has also been an adjunct professor at ITAM and CIDE at the undergraduate and graduate levels. During his career, he has held professional appointments in both the private and public sectors. At Grupo BIMSA, he was appointed Vice President of Research, and later, as Director of Economic Policy in the Finance Ministry of Mexico. Since 2003, he joined Banco de México as an economic researcher, advancing to his current position as the Chief Economist of Mexico’s Central Bank.