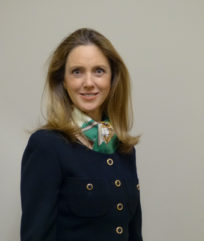 Constance Hunter is the Chief Economist of KPMG, LLP. She is an economic thought leader focusing on how economic factors impact asset prices and business performance worldwide. In her role at KPMG Constance works closely with the firm’s leadership and clients to identify inflection points, risks and opportunities that arise in the constantly evolving economic landscape. Known for correctly calling economic indicators that presage market turning points such as the Russian currency devaluation in 1998, the Dotcom bubble in 2001, the real estate and credit crisis in 2007-08, the recovery of the housing market and concurrent low bond yields in 2012 and the continued low bond yields into 2015.

Constance has held numerous positions in asset management over the past twenty years. She has held the position of Chief Investment Officer or Chief Economist for the past ten years, most recently as Deputy Chief Investment Officer at AXA Investment Managers. She graduated with an MA in Economics and Sociology from New York University and with a Master of International Affairs from Columbia University’s School of International and Public Affairs.

Constance is a regular speaker at conferences on a wide variety of macroeconomic topics and a frequent guest on all major financial media channels. She is also actively involved with a number of economic and financial market associations including the National Association of Business Economics, New York Association of Business Economics, Money Marketeers, Women’s Bond Club and of 100 Women in Hedge Funds. Constance can be followed on twitter at @constancehunter.