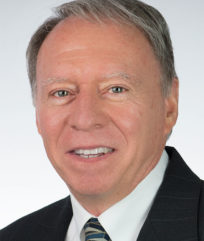 Cletus C. Coughlin is a senior vice president and chief of staff to the president at the Federal Reserve Bank of St. Louis. He is also a policy associate with the Leverhulme Centre for Research on Globalisation and Economic Policy at the University of Nottingham, Nottingham, England and serves on the editorial board of the Review of Regional Studies. Mr. Coughlin joined the Bank as a senior economist in 1987 and was promoted to vice president in 1994. He served as deputy director in the Bank’s Research Division until July 2011. Mr. Coughlin has published numerous articles in leading journals and the Bank’s Review on topics in both international and regional economics. He has held faculty positions at Drake University and the University of Georgia, adjunct faculty positions at Saint Louis University and Washington University, and visiting positions at City University, London, England and Erasmus University, Rotterdam, Netherlands. He received a Ph.D. in economics from the University of North Carolina in 1981 and a B.B.A. from the University of Iowa in 1974.  For additional details, go to http://research.stlouisfed/econ/coughlin/.