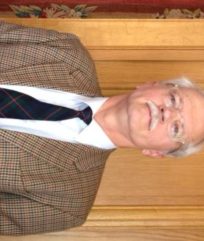 Christopher Kwiecinski has been an active independent economist since retiring in 2010 as research director for Central and Eastern Europe at Credit Agricole in Paris. Prior to that he had been director of investments, private banking also at Credit Agricole. After graduating from Warsaw School of Economics (M.A.) and the University of California San Diego (Ph.D.), he did post-graduate work at Indiana University in Bloomington in the area of East-West trade and finance (published in an article). After joining the private sector, he was vice president and senior economist at Continental Illinois National Bank in Chicago with diversified responsibilities in international economics and finance and extensive worldwide travel. He has been a member of the Supervisory Boards of Polish subsidiaries of major French financial institutions. Mr. & Mrs. Kwiecinski live in Paris.