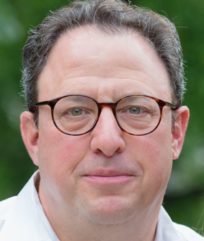 Richard Christopher Whalen is an investment banker and author who lives in New York City. He is Chairman of Whalen Global Advisors LLC and focuses on the financial services, mortgage finance and technology sectors. Christopher is a member of FINRA and is associated with J.V.B. Financial in New York.

From 2014 through 2017, Christopher was Senior Managing Director and Head of Research at Kroll Bond Rating Agency, where he was responsible for ratings by the firm’s Financial Institutions and Corporate Ratings Groups. He was a co-founder and principal of Institutional Risk Analytics from 2003 through 2013.

Over the past three decades, Chris worked as an author, financial professional and journalist in Washington, New York and London. He has held positions in organizations such as the House Republican Conference Committee, the Federal Reserve Bank of New York, Bear, Stearns & Co., Prudential Securities, and Carrington Mortgage Holdings.

Christopher holds a B.A. in History from Villanova University. He is the author of  three books, including his most recent work “Ford Men: From Inspiration to Enterprise” (2017), a study of Ford Motor Co and the Ford family published by Laissez Faire Books. He is the author of “Inflated: How Money and Debt Built the American Dream” (2010) published by John Wiley & Sons; and co-author of “Financial Stability: Fraud, Confidence & the Wealth of Nations,” also published by John Wiley & Sons.

Christopher is a member of the Economic Advisory Committee of FINRA. He serves on the board of directors of the Global Interdependence Center (GIC) in Philadelphia. Christopher previously served as a fellow of Networks Financial Institute at Indiana State University (2008-2014) and as a member of the Finance Department Advisory Council at the Villanova School of Business (2013-2016).

Christopher edits The Institutional Risk Analyst newsletter and contributes to other publications such as Zero Hedge, American Banker, Housing Wire, National Mortgage News and The National Interest. He has testified before Congress, the Securities and Exchange Commission and Federal Deposit Insurance Corporation on a range of financial, economic and political issues. He appears regularly in such media outlets as CNBC, Bloomberg, Fox News and Business News Network. Christopher is active in social media under the Twitter handle “rcwhalen”.

A partial listing of his TV appearances, speeches, articles and academic papers is available online at www.rcwhalen.com and on SSRN.