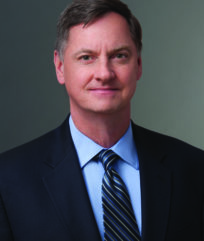 President of the Federal Reserve Bank of Chicago

The Federal Reserve Bank of Chicago is one of 12 regional Reserve Banks across the country. These 12 banks — along with the Board of Governors in Washington, DC — make up our nation’s central bank. As head of the Chicago Fed, Evans oversees the work of roughly 1,400 employees in Chicago and Detroit who conduct economic research, supervise financial institutions and provide payment services to commercial banks and the U.S. government.

Before becoming president in September of 2007, Evans served as director of research and senior vice president, supervising the Bank’s research on monetary policy, banking, financial markets and regional economic conditions. Prior to that, Evans was a vice president and senior economist with responsibility for the macroeconomics research group.

His personal research has focused on measuring the effects of monetary policy on U.S. economic activity, inflation and financial market prices. It has been published in the Journal of Political Economy, American Economic Review, Journal of Monetary Economics, Quarterly Journal of Economics and the Handbook of Macroeconomics.

Evans is active in the civic community. He is a trustee at Rush University Medical Center, a director of the Chicago Council on Global Affairs, a Governing Board member of Econ Illinois and a member of the Civic Committee of the Commercial Club of Chicago and the Kellogg School of Management Global Advisory Board.