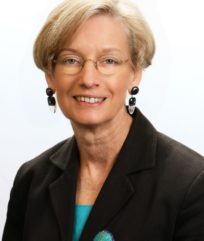 Member of the Monetary Policy Committee, Bank of England

Dr Catherine L Mann joined the Monetary Policy Committee of the Bank of England on 1 September 2021.

She is a member of the Council on Foreign Relations and the American Economic Association, among others. Previously she was Chair of the Economic Advisory Committee of the American Bankers Association. And she was also a member of the Executive Board of the Committee on the Status of Women in the Economics Profession, of the National Association for Business Economics, and of the advisory committees of the Federal Reserve Banks of Chicago, Boston, and New York, among others.

Prior to her appointment, she was the Global Chief Economist at Citibank from February 2018 to May 2021, where she was responsible for thought leadership and cross-fertilisation of research. Prior to that she was the Chief Economist and G20 Finance Deputy at the OECD from October 2014 to November 2017. She has also held positions as the Rosenberg Professor of Global Finance at Brandeis University, Senior Fellow at the Peter G. Peterson Institute for International Economics and Assistant Director in the International Finance Division at the Federal Reserve Board.
Dr. Mann’s research addresses the relationships between financial markets and real economies with a focus on spillovers, including climate; and structural policies and outcomes, with a focus on the nexus of globalisation, inequality and productivity. She has authored or co-authored seven books, 60-plus articles, and numerous shorter pieces and testimony.