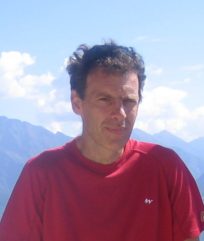 He has published in scholarly journals on the econometric modelling of bond and stock prices, applied econometrics, monetary policy and  time-series models for macroeconomics and finance.  He is a research fellow of CEPR in the International Macroeconomics programme.

He is president of the Innocenzo Gasparini Institute for the Economic Research at Bocconi University and a member of the scientific committee of the Centro Interuniversitario Italiano di Econometria (CIDE). He has been advisor to the Italian Ministry of Treasury for the construction of an econometric model of the Italian economy. He has been consulting the European Commission, the World Bank and the European Central Bank, on monetary policy and the monetary transmission mechanism and bond markets. He is member of the editorial board of the Bocconi Springer Series in Mathematics, Statistics, Finance and Economics