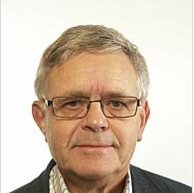 From 1993 to 1994 he served as an undersecretary of state at the Swedish Ministry for Finance.