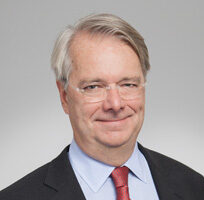 Byron Callan, Managing Director is a near forty-year veteran of Wall Street. He’s spent three years on the buy-side, most recently as a Portfolio Manager at Lion’s Path Capital. From 2007-2010, Callan was an analyst and cofounder of Perella Weinberg Partners’ Aerospace Defense Security investment fund. For the previous two years, he was a senior vice president at Prudential  Equity Group, responsible for A&D equity research. From 1993-2005, Callan was first vice president at Merrill Lynch, covering  A&D stocks and serving as the sector’s global coordinator. For nine years prior to that, he covered electronic warfare and engineering stocks at PEG. Callan’s research has been ranked by Institutional Investor magazine for a total of 15 years, and he was recognized in the 2012 and 2013 Defense News listing of the “Top Most Influential People U.S. Defense.“ Callan is a member of the Atlantic Council.