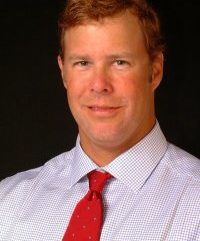 CEO and founder of IncellDx Inc.

Bruce Patterson, MD received his undergraduate training in molecular biology from the University of Michigan in Ann Arbor. He then received his MD at Northwestern University Feinberg School of Medicine followed by a residency in pathology. During the early stages of the AIDS epidemic, Dr. Patterson began investigating cellular reservoirs of HIV-1 using molecular and in situ cell based technology patented in his laboratory and used today around the world. Dr. Patterson determined that enough HIV virus was present in infected individuals to account for the massive destruction of the immune system. This paradigm altering work was published in Science in 1993 and featured in Scientific American, Rolling Stone, and on the Discovery Channel. Dr. Patterson has authored over 150 manuscripts and book chapters focusing on single cell biology and diagnostics. Dr. Patterson was formerly Associate Professor of Pathology and Infectious Diseases and Director of Virology at Stanford University. He currently serves as CEO and founder of IncellDx Inc., a growth-stage company that has translated his research discoveries into state-of-the-art single cell diagnostics in Cancer, Immuno-Oncology, and Infectious Diseases especially COVID.