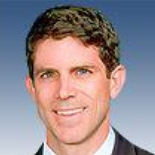 Brian Sack is the executive vice president of The Markets Group at the Federal Reserve Bank of New York. In addition, he is also the manager of the System Open Market Account for the Federal Open Market Committee (FOMC). The Markets Group oversees domestic open market and foreign exchange trading operations and the provision of account services to foreign central banks.

Prior to joining the New York Fed, Sack was a vice president at Macroeconomic Advisers and the deputy director of the Monetary Policy Insights service offered by that firm. In that capacity, he conducted extensive analysis of the interactions between Federal Reserve policy actions, financial markets and the U.S. economy. Prior to joining Macroeconomic Advisers in 2004, Sack was the head of the Monetary and Financial Markets Analysis section at the Board of Governors of the Federal Reserve System. Sack has also published a number of research articles in academic journals in the fields of economics and finance.