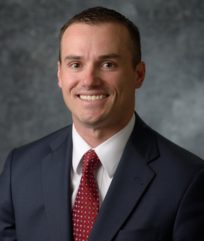 In 2008, Brady and his family moved to Meridian, Idaho where he accepted a position as vice president of career development of Allegis Financial Partners. For the next five years, he oversaw the growth and development of five district offices in three states.

Another aspect of Brady’s life includes his love for serving others. In 2007, he was blessed with a son who has Down syndrome. Since welcoming Nash into his life, Brady has become active in the Down syndrome community.

Brady is the founder and president of Racing for Orphans with Down Syndrome (RODS Racing), a nonprofit dedicated to helping orphaned children who have Down syndrome find loving homes. Through his and many others efforts, orphaned children with Down syndrome have been united with loving families through the sport of triathlon. Brady has completed numerous Ironman triathlon’s, including the Ironman World Championship in Kona, where he and his son were featured on the NBC Ironman broadcast.

Brady serves on the National Advisory Board of the Huntsman School of Business at Utah State University. He also serves on the Board of Directors of Wasatch Social Ventures, a nonprofit designed to both educate and provide funding for entrepreneurs in developing countries.

Brady is a Certified Financial Planner Practitioner and holds his series 6, 63, 65, 7 and 24 securities licenses. Brady and his wife Andrea have three children and reside in Alpine, Utah.