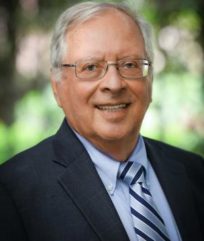 Bob Eisenbeis serves as Cumberland Advisors’ Chief Monetary Economist. In this capacity, he advises Cumberland’s asset managers on developments in US financial markets and the domestic economy, their implications for investment, and trading strategies.

Before joining Cumberland Advisors in January 2008, Bob was Executive Vice President and Director of Research at the Federal Reserve Bank of Atlanta, where he advised the bank’s president on monetary policy for FOMC deliberations and oversaw basic research and policy analysis. Prior to that, he was the Wachovia Professor of Banking at the Kenan-Flagler School of Business at the University of North Carolina at Chapel Hill. He has also held senior positions at the Federal Reserve Board and FDIC. Bob holds a Ph.D. and M.S. degree from the University of Wisconsin and a B.S. degree from Brown University. He is currently a member of the Financial Economist Roundtable and a Fellow of both the National Association of Business Economics and the Wharton Financial Institutions Center. Bob moved to Lakewood Ranch, Florida, with his wife and daughter in 2012.